FlightGear is a free open source flight simulator that aims to provide a realistic flight simulation platform that is developed by many talented people from around the world.

FlightGear requires at least 8GB of RAM and a dedicated graphics card to run if you are going to use the higher detail settings, however, it can run with lower settings on slower hardware.

The following wiki page covers some of the topics related to hardware and settings for use on various systems: Wiki FlightGear

Although FlightGear is in the standard repositories on ubuntu and Linux Mint. The repositories generally offer a much older version of the software. To get the latest software, it is recommended to use the following command to install the software to your Linux system:


Full details relating to this PPA can be found at the following location: FlightGear Wiki

From the main menu screen, you can install and select which aircraft to fly and also the location you wish to fly from. There are hundreds of different aircraft to choose from. 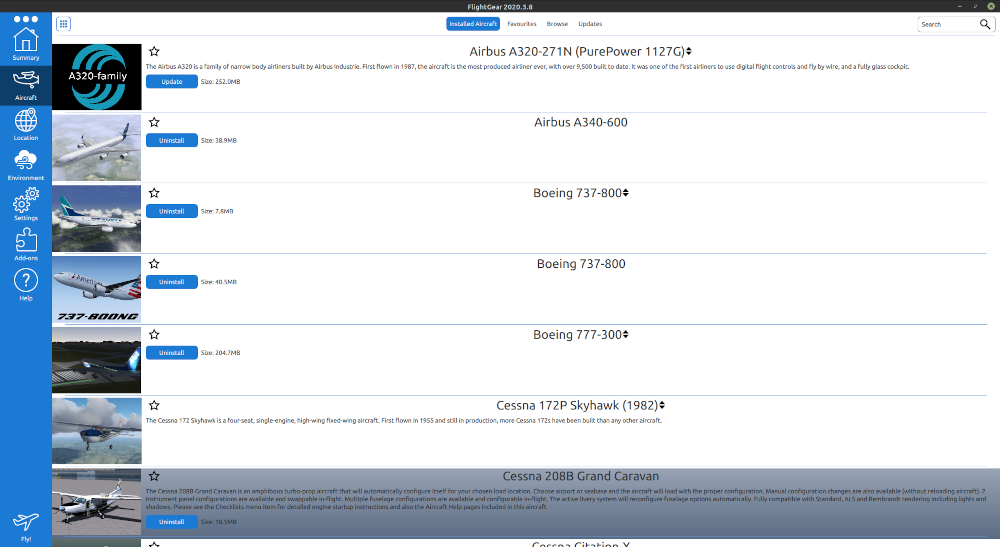 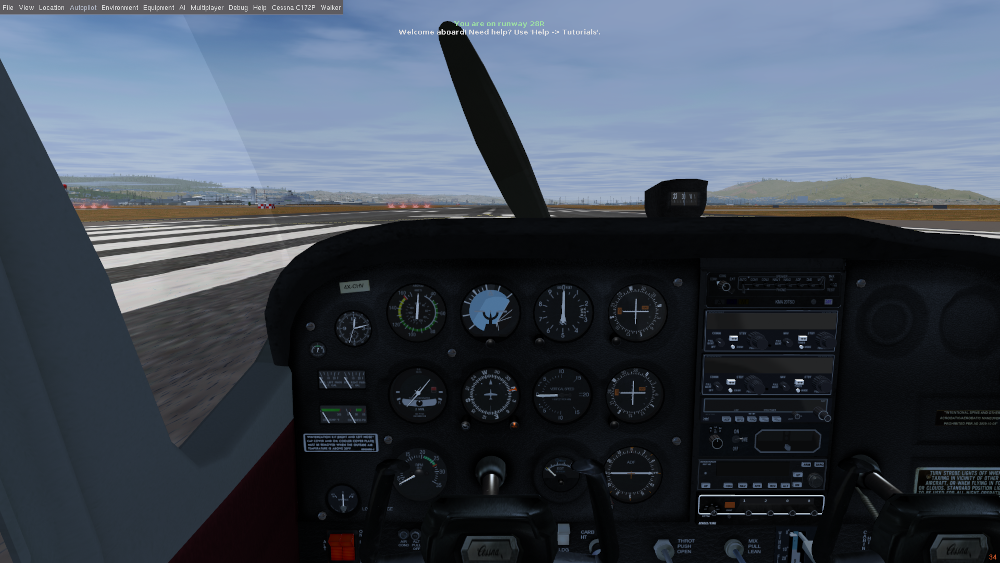 Video Clip of a Cessna Citation X running on FlightGear

X-Plane is a fully featured Flight Simulator that can run on Linux. I have verified this on both Ubuntu 20.04 LTS and Linux Mint 20 Cinnamon Edition.

X-Plane is a flight simulation engine series developed and published by Laminar Research. Commercial desktop versions are sold for macOS, Windows, and Linux. Although X-Plane is a paid for Flight Simulator, it does have a fully featured demo version that can be downloaded.

X-Plane can be download directly from the following link: Try X-Plane

Note, X-Plane is a very feature rich simulator and requires a lot of resource to run smoothly. It is recommended that the following minimum specification is available:

The specification I have used for X-Plane 11 on my Linux Mint system is as below:

When you download, you will get a zip package which you will need to extract the installer from. The installer is a single file called : "X-Plane 11 Installer Linux".

When you run the installer, you will be presented with a menu screen providing the instructions for installing the demo. 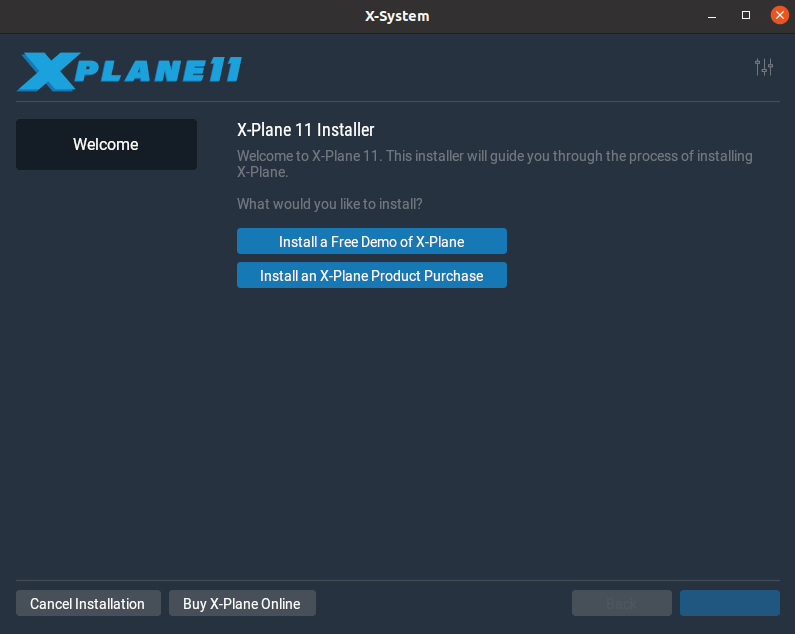 Once you have downloaded and installed the demo, you will be presented with a screen similar to the one below. (Note version displayed is a full version) 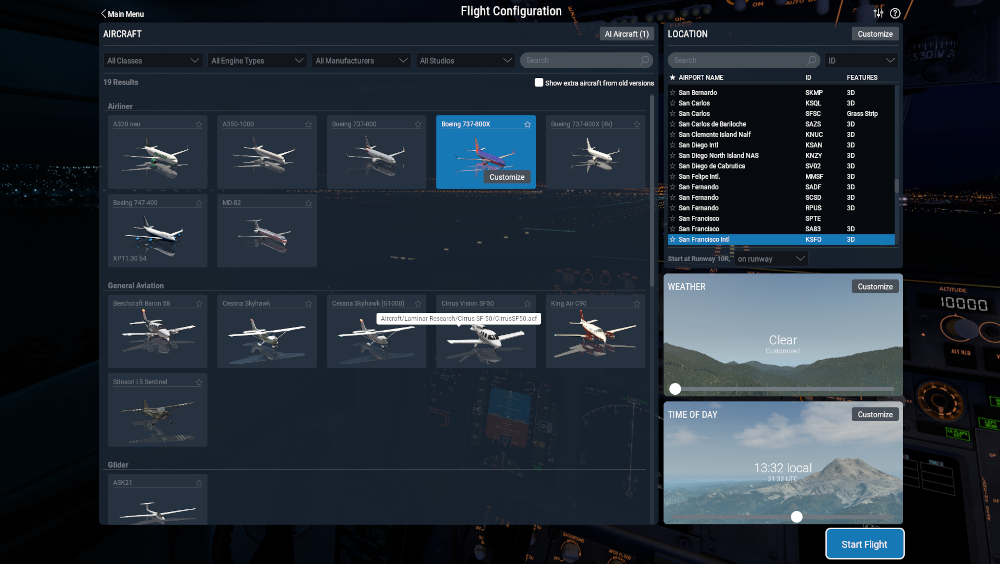