nmon is a system monitoring tool which allows you to monitor the most important aspects of your Linux server. Using nmon, you can monitor CPU, memory, network, disk, filesystems, NFS and Top Processes.

nmon is open source and free. It can be downloaded from a number of sites in either a pre-compiled version for popular Linux distributions,or you can download the source code and compile it yourself. Many distributions now include the nmon package in their resources, which makes the installation easier.

Output from nmon can be saved and analysed using various software such as the "nmon Analyser Excel 2000" program. Here you can create some great looking graphs displaying all aspects of your server.

nmon can be downloaded from the following locations if it is not already present in your Linux systems repositories. Download nmon

To install nmon on a RHEL 8 or CentOS 8 system, you will need to download the files from the above link. A single file is available called: nmon16m_x86_64_rhel8


In the above example, we downloaded the stand-alone executable for nmon. This file was then copied to our standard "/usr/bin" program area. A symbolic link was created so that you can simply enter the name "nmon" to run the program. By placing the file in this location, it allows all users to easily execute the program. When run, you will see a screen similar to the one below: 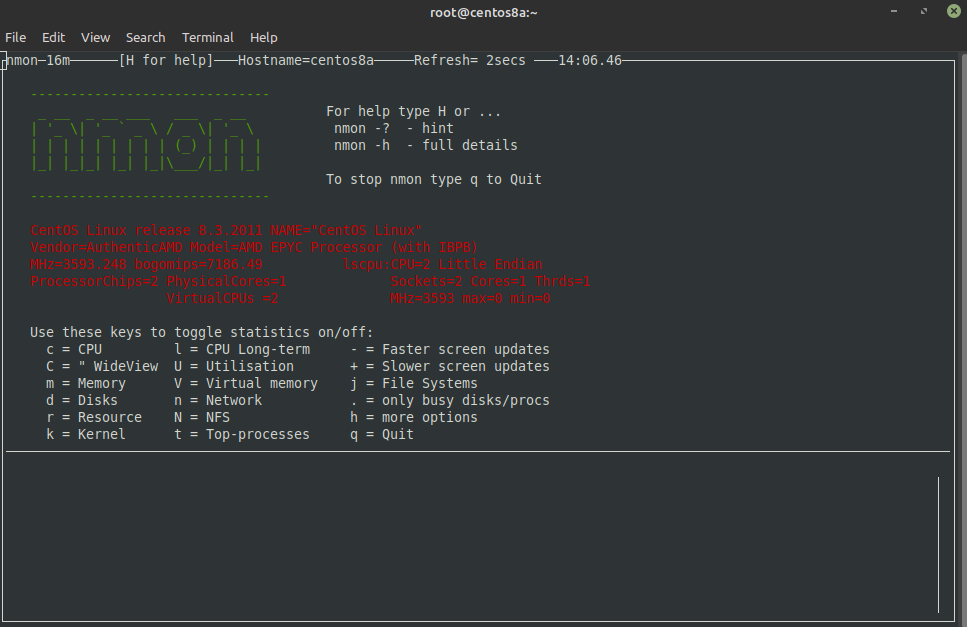 Use the following keys to toggle statistics on/off:

For example, if you wanted to view current CPU, Memory and Network Stats, you can press the following keys: c m n. You should now see a screen similar to the one below. 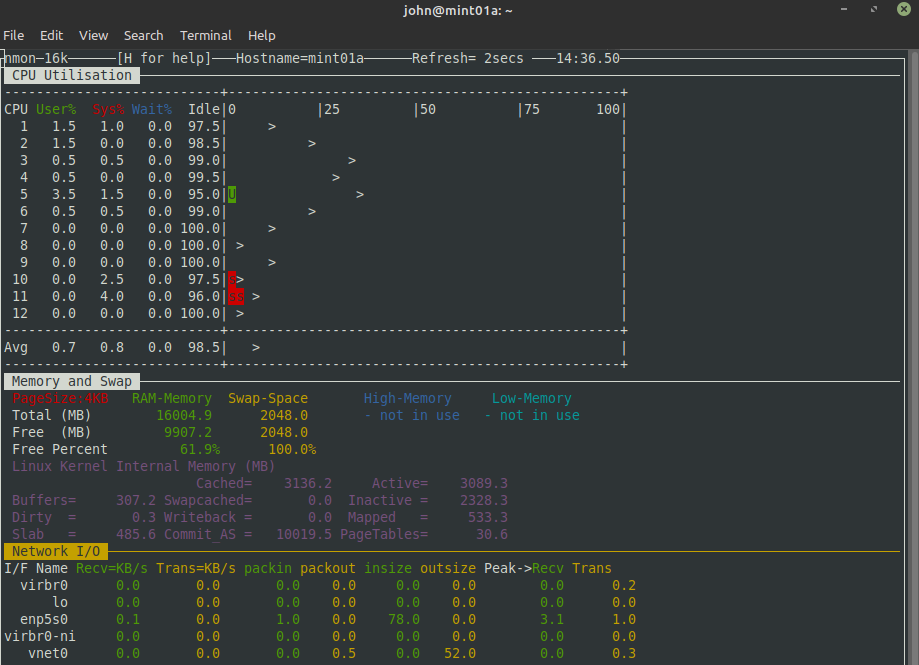 For a full list of all commands and options available, from your terminal screen issue the command: "nmon -h".